The history of witchcraft: witch story should be believed? 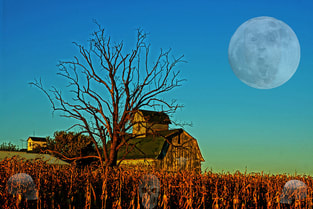 We know them as the hags that fly through the night. The creatures that curse, charm and abduct. Chances are you know of witches from different books, such as Harry Potter, The Wizard of Oz, and the Narnia series; they all have witches. However, they’re in different forms: while often they are just people with supernatural powers, at other times they are evil and wicked, and prepared to do anything to get what they want. One must wonder where they originally came from - who thought of them first? In this article, we will dive into the history of these wonderful but deadly creatures, from the Greeks, to the Christian witch trials and eventually to their importance in the modern day.

The Greeks had a fair few witches rooted in their mythos, but a good place to start would be Circe (pronounced ‘keer-kay’). Circe was a witch - in some cases considered a goddess of magic - that lived on an island in a castle. She is most well-known for her role in the poem the Odyssey by Homer. In this poem, Odysseus, the man who came up with the idea of the wooden horse in the battle of Troy, sails back to Ithaca after the war. But the Gods were in favour of the Trojans, and so they create multiple events to keep him at sea and to make sure he never returns to Ithaca as a punishment. He remains at sea for many years, and during his travels his boat lands on Circe’s island. She offers his men some food as they had been at sea for many days - however, once they ate the food, they turned into pigs. She apologised to Odysseus and they stayed there for many years until they took off again.

Greece had some real-life witches as well. These were women, known as ‘oracles’, who were believed to have the ability to predict the future. People would come to them asking for help with various problems. The town Delphi in Greece is famous for its Oracle of Delphi.

The Celts had a few witches. The most famous is known as the Cailleach (pronounced ‘kal-huh’). It is thought that at the beginning of winter she would stamp her staff to the ground and bring the coldness. The story of her death, however, is the most interesting part of her life. According to legend, there was a widowed woman with three daughters, who had a single possession: a bag of gold. The Cailleach robbed them, and so the first sister decided to go out looking for a job. She becomes the maid of an old lady, but is warned never to clean the chimney. Naturally, she looks up the chimney and finds their bag of gold. She leaves the house with it and starts to head home. On the way home she passes a variety of animals wanting help - including a horse that asked her to rub him down and a sheep wanting her to sheer him. She refuses all requests. Eventually she gets tired and goes to sleep in the windmill. However, the Cailleach returns, discovers the gold is missing and races after the oldest sister. She passes every animal the sister refused to help and they all point to where she is hiding. She turns the sister to stone and takes the bag of gold back. Then it is the second sister’s turn to leave and the exact same thing happens. When the youngest sister gets the job as a maid, she does it all differently - she helps all the animals. This time none of the animals tell the Cailleach where she is. When she goes into the windmill and sees the youngest sister, the windmill pulls the Cailleach into it’s blades and she dies. The youngest sister uses the Cailleach’s staff to bring her siblings back to life.

Though it may be difficult to believe, some religions 'practise' witchcraft. It’s not exactly Harry Potter or start a fire witchcraft, it’s more a spell that creates natural occurrences that will change your situation. This is known as Chaos magic. It is practised by Wiccans, Druids and other such pagan religions.

While some religions practise witchcraft, others - such as Christianity - have in the past believed that witches were servants of the devil and obeyed his every command. The Salem witch trials were likely the most infamous of all time. They began in the village called Salem in Massachusetts in 1692. Two young girls, Abigail Williams and Betty Parris, daughter and niece of reverend Samuel Parris, became violently ill and had violent fits. A doctor was called in and he diagnosed it as witchcraft. (This was the only doctor in the area, and he likely couldn’t write.) The ill girls kept accusing others of witchcraft. The first executed was Bridget Bishop, and among the accused was the infamous Tituba, a native American slave and the only woman that confessed to being a witch. When a plague later spread through the town, the trials were lamented by townsfolk who believed it to be God punishing them. Playwright Arthur Miller wrote a play about the Salem witch trials titled The Crucible. The last witch trial took place in 1897.

Christians believed that the devil would grant witches familiars (animals used for evil) and that warts were third nipples used to breastfeed their familiars. This led to people with warts or those that talked to their pets being prosecuted. Many of the witch trials were done for money; some suspected that innocent people were tortured until they agreed to confess to witchcraft. It was believed holy water would not touch them and that they could walk on water, and so as a test of witchcraft a weight would be tied to a witch and she would be thrown into the water. The belief that witches could fly on broomsticks led them to be given broomsticks and pushed off cliffs. Of course, none were witches, and so they all died. There were many other infamous witch trials including Paisley, Pappenheimers and Pendle.

Witch Trials still take place in areas of Africa, Latin America, the Pacific and even some refugee camps in European and American areas. Camps have been set up for these accused witches.

The history of witches is a long one and raises many questions surrounding historical attitudes towards women. Much is left to be discovered about both the hags of stories and real-life events with those accused of witchcraft; perhaps it would take little short of magic to uncover the true motives of those in the past.

​Will Bell, Year 9
Powered by

Create your own unique website with customizable templates.
Photo used under Creative Commons from chumlee10
UA-121891675-1