Over one hundred years has passed and exceptional progress has been made. With the discovery of habitable planets, human kind has won the right to enjoy themselves day and night, with no need to work or even get out of bed if they do not wish. Yet none can be truly happy on the disintergrating rock that Earth has become. Who, though, is worthy of leaving? That can only be decided by the test.
​ 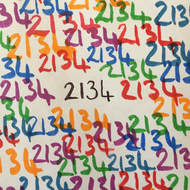 On the contrary, I had received, instead, a twenty-page booklet of questions, the answers to which ranged from a single word to half a page - and none of which were multiple choice. Yet, as I turned to the final question in relatively high spirits, forty-three minutes of the three-hour assessment remained. Was this right? We had never learned what was expected of us when it came to the Test. Revision was impossible. The Test was to examine our IQ, thought processes, general knowledge and ability to argue our ‘individual’ opinions. To revise would mean to cover everything, along with scrutinising every thread of our inner workings.

The paper before me was unspoilt and new. Well, as new as anything could be in the days of the New Worlds. The sheets did not come directly from a tree in a struggling rainforest as exam papers had once done. It had likely been a book, maybe a textbook of the old subjects: science, psychology, French. After our rights were re-evaluated, we had no need for such subjects and so they were abolished. We learnt what was practical: what we would use to support ourselves and our families and, if we chose, give back to the community.

The Test was, perhaps, the only thing in the New Life that was compulsory.

The final question stared up at me. I could see the lettering, where the ink had ever so slightly seeped into the paper surrounding it, running like small rivers, from the words. The New World is a time of great progress. Discuss the problems of the Old World and the how far we have advanced since 2084.
2084: The discovery of Alex and Alexis and the introduction of the Right to Hedonism.

I put my pen to paper. Laziness. It is within our rights to enjoy life, they would say, sipping their self-brewed beer. And the government had not disagreed.
So, people had begun to do what they enjoyed and the government had taken care of everything else. There was food and enough resources to go around with the new planets providing rich soils and water. People who enjoyed gardening liked to donate their food and those who enjoyed making clothes shared their ability with the less fortunate. The things that were not made by choice were made by mindless machines that worked, not for money or pleasure, but because that was what they were programmed to do.
I wrote myself up two columns. Pros and cons.

Under the first, I wrote the words “Freedom to enjoy life. Freedom from poverty and starvation. Freedom from overpopulation” and under the latter, I scrawled that single word. Laziness.

Without the need to work for money, for a house, for food and leisure activities, people had become lazy. They allowed the machines to work for them and contributed nothing back to the society that had given them so much. Of course, there was incentive to work. Despite the loss of money, it was known that only those most deserving could move from the slowly dying planet Earth to the new and vibrant rock, Alex, or his sister, Alexis. The soil of the twins would have been holy, if religion was a continued practice. Instead, the planets were honoured and to set foot on such ground was considered the greatest accomplishment. That was what they told us. And whether we were worthy? That was determined by the Test.
So, I began my essay.

I hadn’t yet finished when the silence was shattered by the shrill cry of a bell. In unison, twenty thousand bodies flew away from their papers, standard issue pens scattering along desks, some rolling between the chairs on which we sat, waiting. No one risked spending an extra second writing. No one was willing to miss the chance to leave. Silence descended almost immediately and all that could be heard was the beating of twenty thousand hearts.
The size of the room was incomprehensible. The ceiling was high and made of metal, like the walls and tables beneath us. Rust-spotted bolts fixed the great sheets of metal in such a way that, despite the years of wear and low maintenance, the structure was inconceivably strong and I did not fear its downfall. I was, however, glad that the annual Test was taken during the temperate season of spring, when the metal was neither cool enough to freeze us nor hot enough to act as a furnace. We had been placed in the perfect environment for performance - and they wanted us to perform.
Whether or not our show had been exceptional, we would soon discover.

They dismissed us one letter at a time and, being a Williams, I was forced to watch a seemingly endless stream of people trickle past me as I waited for my leave. Expressions were mixed. A man of about thirty looked upset. A birthmark smudged his left cheekbone and his brows were drawn over his eyes in such a way that I knew he was lost in thought. His shadow, however, was his complete opposite. She was a girl of about thirteen – it must have been her first registered year – who bounced with the enthusiasm of a new-born filly, a wide smile on her youthful face.
​
A light flashed red to symbolise that I could now leave my seat and seven hundred and fifteen bodies rose in unison with me. We departed in silence. The Test is not talked about. The punishment for such a crime is severe; or so is said. None of us are foolish enough to attempt such treachery. There is not a word as the masses leave, and other than smiles and frowns there is nothing at all to determine the hopeful from the hopeless. No one could even guess who would leave for Alexis and her brother until the results came in.

There was a boy in front of me. My age, perhaps a year either way. His hair was white, slightly waved. Strands curled and flicked upwards either side of his temples like the waves of those Japanese paintings that the robots produced in mass. I wondered if it tickled. I’d seen him before, around the town, carrying a peculiar shaped bag that I could only assume contained a violin. His name, I thought, was Roman. Like the history that was still briefly mentioned but no longer taught.

He turned to me. He smiled and I turned away. He was one of the Valued. Intelligent, attractive, hard-working and talented. He would pass the test. It would be him, not us, who was allowed to relocate to the twin planets that were our salvation.
I knew that I would not leave. I could only hope that I would outlive our dying planet.