Is there myrrh to Christmas than meets the eye? 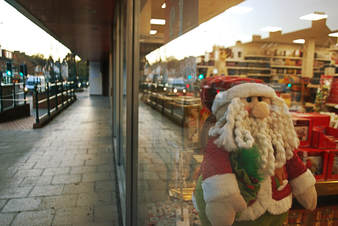 Christmas is a time of year when everyone gives presents, put up their Christmas trees, make snowmen and count down the days with excitement. But how many people actually recall the backstory of Christmas on Christmas Day?

As we all know, and were most probably taught in Primary school, Christians believe Jesus Christ was born on that day, and that’s why we celebrate Christmas. Christians believe that Jesus was a critical figure and performed many great miracles during his lifetime, taught about God and was said to be the son of God, so that’s why Christmas was so important. But there’s also something else about the origins of the holiday we celebrate today you may not know... it’s about one of the most famous characters of Christmas. He has nine flying reindeer, shouts “ho ho ho”, and has a white beard. You know who - it’s Father Christmas!

Father Christmas, or Santa Claus, is based on Saint Nicholas. Saint Nicholas was known for his generosity and love of children. One day, he gave a poor man with three daughters a dowry, which helped women get married. As he tossed the dowry, which were bags of gold, through an open window while they were sleeping, they landed in stockings. This led to children leaving their stockings out for Santa to give them presents.

So when you’re ripping open your much-wanted Christmas presents, spare a thought for the origins of the magical holiday now known as Christmas.