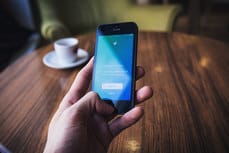 A shocking 42% of teenagers with online access have reported being cyber bullied. Over 80% of teenagers say that bullying online is easier to get away with. And 20% of teenagers who are cyberbullied think about suicide - one in 10 of these attempts it. These figures have been published by the American website cyberbullyhotline.com, which aims to tackle cyberbullying by working with schools across America.

It isn’t just an American problem.

One of the only things people who have never experienced it – parents – teachers – friends – always say, ‘just block them’, which, to some, would automatically seem the best way to approach that type of situation. Blocking the negativity from all social media and technology is undoubtedly the best thing you can do, and I would recommend it.

But sometimes it’s not that easy. You don’t know the person behind the screen, or their mind. Say for example the person being bullied has no friends. Negative messages appear on their social media. The messages may be negative, but they’re still messages. It’s a common saying - any attention is good attention. So the person doesn’t block them because at least someone is talking to them – regardless of what they are saying.
Another reason could be the pressure of just accepting the comments. The fear of rejection even further for not simply ‘taking the joke’. Just because some ‘banter’ on the internet isn’t taken as seriously as face-to-face bullying in the eyes of the bully, it is just as bad, and people need to understand and accept that what is happening is wrong and it should be dealt with properly.

In situations like physical bullying or, say, an abusive relationship, the victim often will start to believe that the abuse they are receiving to them is deserved. It’s exactly the same concept with cyber bullying. Just because you can’t see it happening, doesn’t mean it’s not there.
Astonishingly, over 30% of teenagers in the survey said they didn’t believe cyber bullying was real. This is despite the fact that figures suggest that hundreds of children in America committed suicide last year due to cyberbullying.

That’s more than 1 child every day of the year taking their own life due to something that even some adults don’t think is real.
So if you are ever in a situation where you, or someone you know, is a victim of cyber bullying, be sure to take the appropriate steps.​By Neave Barnard, Y10
Powered by

Create your own unique website with customizable templates.
Photo used under Creative Commons from homethods
UA-121891675-1