The shocking truth about the oppression of indigenous peoples 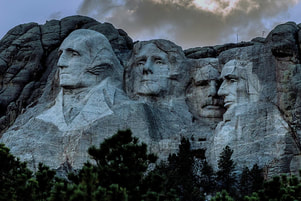 To many of us, our home is a safe space: a place where we cannot be harmed by any outside forces. But what if your home was broken into? It’s true that doesn’t happen very often - but imagine your home was your country. Imagine your country being invaded by outside forces, which took control of the land - your land. Imagine the invaders issued any law, act or treaty necessary to prevent you from defending yourself. This might sound like the far-fetched storyline to a second-rate Netflix film, but this is the reality for many groups of people around the world. There are numerous cases of indigenous peoples being systematically oppressed, from the well-known, such as the Native Americans and the Australian Aboriginals, to the less well-known, such as the Sámi of Scandinavia or even the indigenous Welsh.

There are still problems today for Native Americans: for example, they have the right to vote, but many states make it difficult. They are also frequently victims of violent hate crimes and harassment.

America is far from the only country to do this. The Australians have never had a good relationship with the Australian Aborigines. The history is long, complicated and cruel. Some believe the Aboriginals to be the oldest race in the world, with 50,000 years of leading a nomadic lifestyle. However, European settlers started to colonise Australia in 1788, and instantly took control by suppressing the outcries of the indigenous people. Aboriginal peoples never had access to alcohol, so when the Europeans brought alcoholic beverages, they were highly vulnerable to the addictive substance. In 1869, a law separated mixed-race children from their Aboriginal parents and forced them to convert to a western lifestyle. Other areas quickly adopted similar acts. Parents’ alcoholism was used as an excuse. However, this did not sit well with the public; they perceived the people of mixed-race as just as bad as the aboriginals, and discrimination was an accepted part of their society. By the time the acts were repealed in 1969, an estimated 100,000 children had been removed from their families. These children are today known as ‘The Stolen Generations’. To this day, Aboriginals are still heavily oppressed and are the victims of violent hate-crimes. Although it has gotten better for them slightly, there is still much work to be done before they are equal.

There are still many more countries like this. The Sàmi in Scandinavia were forced to pay taxes for living on their own land. In both Wales and New Zealand, people were banned from speaking Welsh or Māori. There are, unfortunately, still many more to be found, and although there may be, one day, freedom for all, it may take some time before that is truly the case.