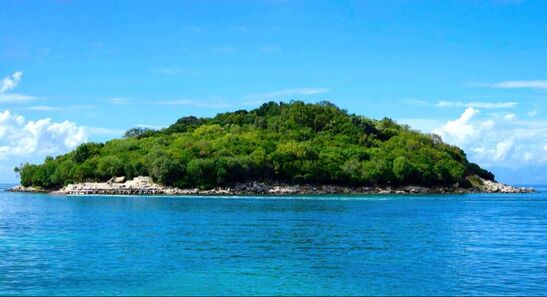 ​​Holidays are meant to be exciting or relaxing, but if you end up at any of these destinations, your trip could quite easily turn into a nightmare, Emma Dear reports.

Travelling around the world is an experience nothing can quite replicate, and sadly, it isn’t an option currently. Even if you could travel though, these are the places it's better just to read about...

The North Sentinel Island is located in the Indian Ocean in the Andaman Sea to the east of India. This unsafe island is inhabited by the Sentinelese. India’s laws prohibit anybody from visiting this island as the tribe have had no contact with the outside world and any visitors are met with aggression and violence (probably very wisely!). This secretive island has piqued the curiosity of many people, causing some travellers to visit illegally . When National Geographic decided to film a documentary there in 1974, the director
was shot in the leg with an arrow. In 2018, a 26 year old American tourist named John Allen Chau died from being shot with multiple arrows after visiting the tribe to attempt to convert them to Christianity. The tribe also has no immunity whatsoever to any diseases from the outside world and the language is unique to the island. Be sure to give this place a miss if you want to make it home from your travels.

Located in Eastern California, Death Valley is widely considered one of the most boiling places on Earth, claiming the highest temperature that’s ever been recorded, a colossal 56.7 degrees celsius. Without any water, you can live there for around 14 hours - even with its searing heat, black widow spiders, scorpions and rattle snakes that live here too! Two travellers sadly died whilst in Death Valley in the summer of 2019. Amazingly, 320 people live in this desert, and the language of the Native Americans here is called Timbisha. If you visit this roasting national park, be sure to bring plenty of water!

The Madidi National Park is located beside the Amazon river in Bolivia. It’s incredibly diverse with around 120,000 species of animals living there and its picturesque views attract visitors from around the world. Unfortunately, it’s unbelievably dangerous, hosting a variety of deadly fauna and animals. These plants cause rashes, itching and dizziness. There are tales from tourists of toxic spiders and parasites causing wounds. Also, just like in Death Valley, people live here too, but they know what they're doing!

Much more lethal than the other destinations I have mentioned, the Ilha da Queimada Grande island, better known as Snake Island, is a land (unsurprisingly) inhabited by snakes. Some of the most venomous snakes in the world, such as the Golden Lanceheads, live here and if bitten by one, a human will die within an hour. The island is said to have one killer snake per square foot and the island is so dangerous that the Brazilian government have made it illegal to visit. A myth suggests that the snakes were kept there by pirates to protect their treasure, however, the real reason is that the island was once part of the mainland of Brazil, but was cut off due to rising sea levels. The snakes had to evolve to be able to kill birds, their only remaining prey, in one bite, so their poison became more deadly. It’s believed that the last fisherman who sailed too close to the island was found dead in a pool of blood. Give this place a miss if you’d like to remain alive and well.

The Lake Natron is a deadly lake located in Northern Tanzania and it is known as a Salt Lake. A Salt Lake is when water flows into the lake but doesn’t flow out, evaporating instead. This leaves behind a lot of salt, but what makes the river so deadly is how alkaline it is, reaching up to a PH of 10.5. It’s also extremely hot, reaching up to 60 degrees Celsius. Any creature that comes into contact with the water for too long is calcified, or “turned into stone.” The few species that can survive the waters have given the river its red pigment. Better not swim in this lake!