Remain: the vote from HCC 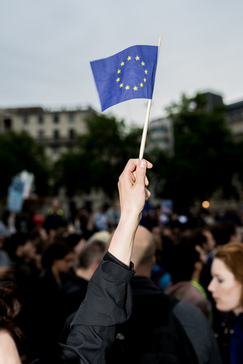 Heathfield students voted firmly to stay in the EU, choosing the arguments in favour of supporting a Union which has brought peace and stability to the continent for decades, rather than those arguing for a new future alone.
Interestingly Y7, the only year group to vote to Leave, mirrored the national voting statistics almost identically, at 51 per cent to 49.

The most passionate remainers were to be found in the Sixth Form, where Y12 voted 71 per cent in favour of staying in the EU, a statistic very close to the reported figure for young voters between 18 and 25.

Create your own unique website with customizable templates.
Photo used under Creative Commons from edwardeverett
UA-121891675-1