From hysteria to asylums: 200 years of women's mental health 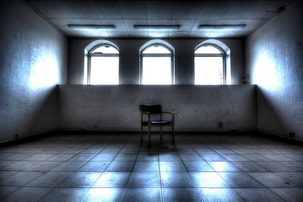 Mental health and feminism are both very well-explored topics, but less often examined is how the two might interact. Ever since diseases of the mind began to be studied, women have been considered much more likely to face mental health problems. The word ‘hysteria’, first used in the early 19th century, comes from the Greek word for ‘uterus’ - so, to be hysterical, a word we now use to mean irrational and over-emotional, literally connects to what it means to be a woman.

Women in the Victorian era, when Bedlam - the most famous mental hospital - became well-known, could be deemed ‘insane’ for going against the status quo. Any woman who was not submissive, or who was sexual, or opinionated, could be committed to an asylum by her male family members without any choice of her own. Hysteria was the diagnosed illness; marriage was often the cure. At a time when a woman had very little autonomy, belonging to her father and then to her husband, marriage could often make any existing problems worse: women were frequently confined to the home, forced to take on the domestic roles of wife and mother with no choice in the matter.

Even into the mid-20th century, women were often told that their unhappiness was a result of mental illness rather than an unequal society. Mild tranquillisers, such as diazepam (Valium), were frequently prescribed - many would argue that this was a way to keep women quiet. They were so popular among new mothers especially that a Rolling Stones song coined them the name ‘mummy’s little helper’. The fact that most psychiatrists of the time were male reinforces the idea that women’s mental health was often not understood by professionals, and so their concerns were silenced.

Even now, mental health is a gendered issue. There are some illnesses caused by childbirth, such as postpartum psychosis, which only affect women. Women are expected to be naturally inclined towards motherhood; there is a stigma around those who struggle to adjust following childbirth. This can mean that she gets help at a later stage, when more damage has been done to both the mother and her relationship with her child.

Men suffer from gender differences in attitudes to mental health too. They are three times as likely to take their own life than women; suicide is the largest cause of death of men under 45. It is likely that much of this is down to perceptions that men cannot be masculine if they talk about how they’re struggling. Women, on the other hand, have less stigma about going to their friends or family to get support, or to go to their GP if they need professional help. This leads to women being able to seek support for difficulties whilst many men are left feeling overwhelmed and isolated. Doctors are also more likely to diagnose depression in women, which results in those men who do seek medical help feeling that their concerns aren’t valid.

Mental health is an increasingly important subject. Gender is only one facet of a much larger issue that we need to focus on to improve people’s well-being and make us healthier. It is true that we have a lot of work to do to improve mental health, but looking at the past, and looking at the way women in particular have suffered from perceptions of mental health, it’s amazing to consider how far we have already come.

Create your own unique website with customizable templates.
Photo used under Creative Commons from olavXO
UA-121891675-1