How 'social' is using social media? 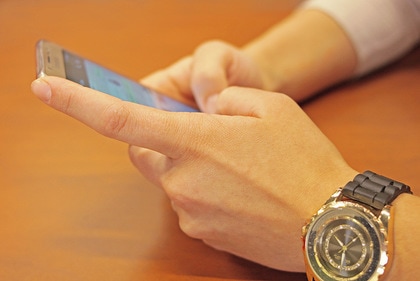 So how social is social media really? Its dictionary definition states that social media are “websites and applications that enable users to create and share content or to participate in social networking” which in its rawest form yes, social media are simply a platform for users to create and share content with other users; but when asking myself ‘how social am I on social media?’ I couldn’t gain a clear answer because how can I be being ‘social’ from behind a screen, my being social with the world is all in fact a virtual reality being typed by my fingertips.

Now don’t get me wrong, social media are great, take Facebook. Facebook has to date 1.71 billion monthly active users from which is made up of relatives, friends, friends of friends (and those friends of friends of friends who you simply have no idea why they’re appearing on your timeline). Due to the sociological context of today and the massive impact globalisation has had on us Facebook has become part of our daily routine. It’s bad that I am admitting this but I don’t know what I’d do without Facebook now; it’s the only way people hear from me now.

It’s hard to imagine 10 years ago there was no Facebook, no Twitter, Instagram, Snapchat etc, and that people would have to wait for an email or a phone call back (ideas in youth culture today that are quite frankly archaic uses of communication).

However, there is the dark side to social media. Firstly, the obvious: communication. We live in an age where we can communicate with anyone around the world with a few simple keystrokes and not wait hours to call overseas due to time difference. However, this interconnectedness we all share seems false as we share photos, thoughts and feelings with others hoping for a like, a favourite, a comment or even just a few emojis.

It’s all faceless. The ugly side of social media is that it allows us to hide behind screens, hide from face-to-face interaction and in fact hide from ourselves as online you can become anything/one you like. What social media is missing is the actual ‘socializing’ part. It can make you think you have hundreds of friends due to your Facebook friend count, but really how many of them if you saw them in a real life social situation would you actually speak to and maintain a conversation that lasted more than 2 minutes? All 895 of them?

Some of what social media have done to the world isn’t just bad, it's ugly. For example, the amount of relationships broken up by social networks: now I am not saying that Facebook is entirely to blame for this, it’s just a tool that’s made it easier to cheat or cross boundaries in your relationship otherwise seen as impossible before the invention of Snapchat. Then there are the sheer number of stupid, vain people on Facebook and Instagram. No one cares what you had for lunch, or in fact dinner, or what you looked like after you ate your dinner. No one. Yeah it may seem slightly harsh to point out but it’s the truth (I bet you’re thinking of a handful of people's lunches and pouty faces you have already seen today. I can count 7). It just simply highlights how people today feel such a need to be invested in other people’s lives, and others in theirs.

Worse still is when someone posts a status or a tweet with the sole purpose of attention seeking. Why would someone feel the need to explain to the entire world that they’re feeling sad or they’re feeling terrible suffering with a cold? Take some Cold and Flu Remedy and a cup of tea and you’ll be feeling fine in an hour. Each status feels like a flat-out attention seeking sob fest, or just way TMI about their struggling relationships with a person they’ve only known for two months. Tragic. And we can’t forget about the badly spelled, grammatical nightmares and the dropping of the ‘LOL’ bomb in every damned sentence.

We need to keep a balance. There are many good things about it, yet at the same time many bad ones… So when considering how social are social media, I would argue that using them is social in the sense you can talk to anyone in the world at any time, any place, anywhere, but the false profiles we display to each other and the need to appear perfect all the time makes social media a narcissistic tool that plays to some people's worst and most selfish instincts and causes others anxiety.

Create your own unique website with customizable templates.
Photo used under Creative Commons from wuestenigel
UA-121891675-1