Women take resistance to the streets 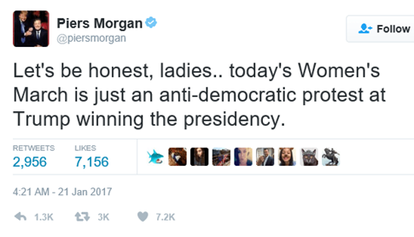 Is 2017 looking any brighter? Not really. But the 21st January brought with it a faint glimmer of hope that, in the words of Billy Bragg, there is power in our union – and that says more about our generation than any orange-tinted man could.
Beginning initially in Washington as ‘The Women’s March on Washington’, 4.8 million across the globe participated in the biggest single-day demonstration in American history. The march saw women, men, girls and boys from all backgrounds, generations, ethnicities and cultures come together to fight against Trump and co.’s hate-fuelled ideologies, and to prove that his new executive power will not overcome, or more appropriately overcomb, the combined power of the people.

408 marches were held in and around the states, and 673 took place worldwide - Canada, Mexico, and even Antarctica being just a few examples of countries that were involved. What's not to love about the fact that Antarctica held a march? I have this wonderful image in my head of a swarm of penguins marching the breadths and depths of the icy slopes like something out of Planet Earth II, except waving placards and chanting “NOOT MY PRESIDENT”. Now that would be a statement.

Although the march was established in response to Trump’s misogyny, its purpose was not solely based on female-rights. The individuals involved actually marched for a number of different reasons, such as to protect legislation and policies regarding human rights and other issues (including women's rights), immigration and healthcare reforms, the natural environment, LGBTQ rights, racial equality, freedom of religion and workers' rights. So not only were Piers Morgan’s comments on the event – in the unlikely event that you’re yet to come across them - embarrassing and, quite frankly, pretty sad, but they were also
factually incorrect.
He used the platform of Twitter to express his deluded opinions on the matter, stating in one of a series of purely vom-worthy tweets:

​“Let’s be honest, ladies…today’s Women’s March is just an anti-democratic protest at Trump winning Presidency.” At first glance, his use of the term ‘ladies’ made me feel slightly nauseous. The use of ‘just’ made me feel worse. Yet, by belittling this global event, he fortunately only ended up belittling himself. Shame. But however condescending, Morgan does pretty much state the obvious – at heart, it WAS a protest against Trump winning presidency. Why wouldn’t it be? It is surely due to his election that women, the LGBT community and anyone that isn’t strictly American (in other words, no living person) should feel disregarded, and slightly on-edge. He also suggested planning a “Men’s March” to “protest at the creeping global emasculation of [his] gender by rabid feminists.” Some suggested a route for the proposed march: 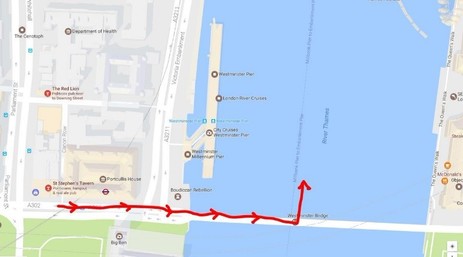 After everyone’s favourite Scot, Ewan Mcgregor, refused to turn up to his interview on Good Morning Britain in response to Piers’ Twitter account, the ex-journalist looked a little bit miffed. His co-host, however, responded brilliantly. Watch Susanna Reid stand her ground on Good Morning Britain here: https://www.youtube.com/watch?v=rv5v0ampTpU.
Moving swiftly on from Piers, the event had a ripple effect across the globe. It sparked a number of other marches, and filmmaker Michael Moore has in response suggested an ‘100 days of Resistance’ beginning after Trump’s Inauguration: “Not the day of the Inauguration; it's the day after. It's sort of the first full day of the Trump Era.”

In response to the march, Marcia Chatelain of Georgetown University’s Centre for Social Justice was one of a few to question what was next for the organisation. She asked, “What kind of organisational structures or movements will also be present to help people know how to channel their energy for the next day and for the long haul?” They’ve got a few ideas, actually. 10, to be precise. The Women’s March website has outlined the future of the organisation with what they call ‘10 actions, 100 days’. Their second action is called the ‘Next Up Huddle’, which can be hosted by anyone and everyone that wants to take part. The website gives more details as to your nearest ‘Huddle’ and how you can get involved, so follow the link and take a look when you can.

So was the march a success, or a slacktivist attempt to make Donald Trump a bit angry? Personally, I’d side with the former. I’ve never seen a global march in my lifetime that has had such an impact on the media, nor one that has included so many, and in that sense, it can only have been successful. The whole point of holding a march is to build momentum and spark some sort of drive in the people that something is wrong, but we are certainly not powerless, and we can all make a difference. And I feel the Women’s March was just the momentum and drive that everyone needed, and certainly did its job.
To conclude, here are (in my own opinion) the greatest signs showcased on 21st January. Enjoy. 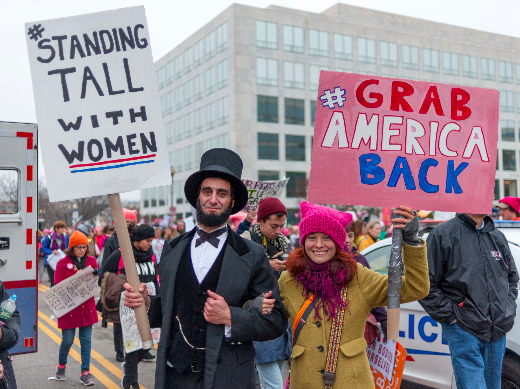 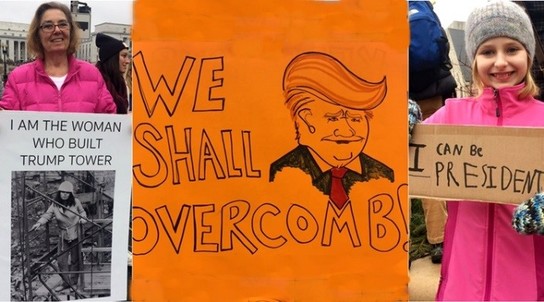 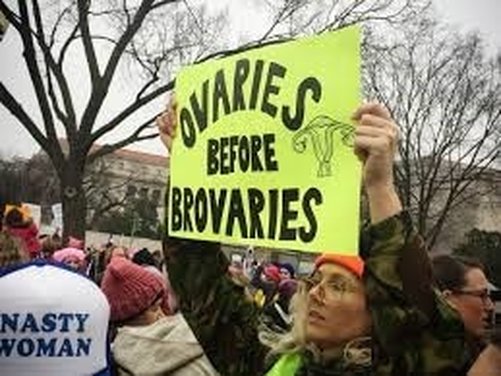 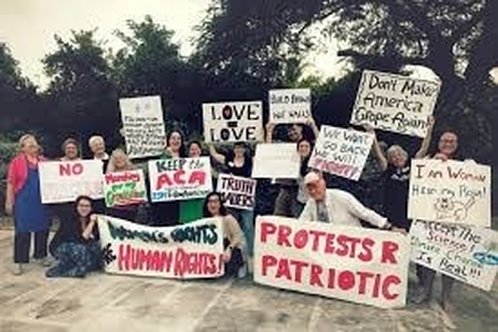 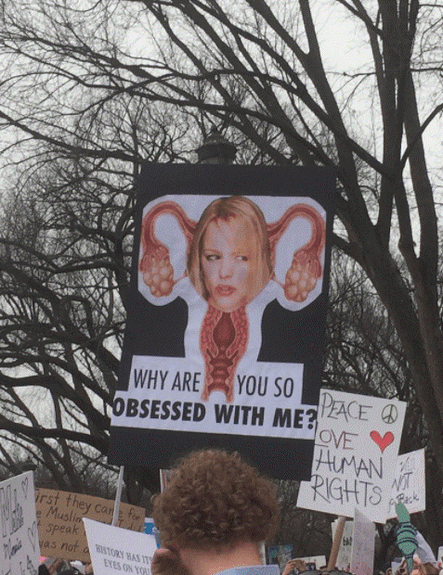