Over one hundred years has passed and exceptional progress has been made. With the discovery of habitable planets, human kind has won the right to enjoy themselves day and night, with no need to work or even get out of bed if they do not wish. Yet none can be truly happy on the disintergrating rock that Earth has become. Who, though, is worthy of leaving? That can only be decided by the test. ​ 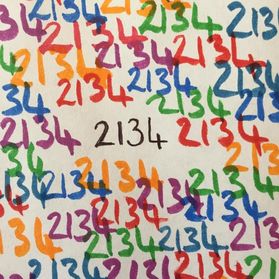 The room was filled with silence. A silence so intense it pushed in on my temples, threatening to crush my skull. Lifting a hand to pull my hair away, I noticed Roman, still admiring the machinery of the belt, as if we hadn’t just been condemned to a life of slave labour; it was as if he had not been present. I cleared my throat, snatching his attention but avoiding that of anyone else.

You okay? I mouthed, my eyes fleeting about the room to check I was not being watched. Roman shrugged, opening his mouth to say –

There was a crash and the room rocked, throwing us forward, backwards, into the shoulders of our neighbours and causing a cry of confusion to erupt among our ranks. Then the suffocating silence was back.

The door opened. Slowly. Sliding aside to reveal a passage, just as blank as the room in which we were trapped. But it was not the corridor down which we had come. This one was black. The floor was concrete and, as the scarlet-headed girl took her first step out of the room, the clap of her soles echoed back and knocked around the inside of my head. But, one after another, we followed. We could do nothing but wait in here. Maybe there was something else – some way out – if we actively chose to move.

Cold wrapped around my shoulders like a blanket and my breathing immediately rose to accommodate the drop in temperature, my muscles tensing to the point of a painful aching.

“Where are we going?” asked a voice, though I could not distinguish it from the mass ahead of me. “Do you have any idea?”

Then the group, which had been edging forward – albeit slowly – came to a halt and a rattle of gasps and whimpers cut through the silence. “I’d like to know the answer to that too, if you wouldn’t mind explaining?”

The voice was male – adult male. There were more footsteps, though these were softer on the concrete floor, as if this man had been here years, stalking on velvet paws through secret passages in search of his next victims. Who, today, seemed to be us. “You were meant to wait for me to come and collect you,” he said and I noticed the upward lilt of his words, the soft twang of something that wasn’t quite Earthan. As we walked forward, the group divided into two, splitting directly before me until I was face to face with this man – or rather face to chest.

He had another six inches on my seventy-two and his spine was straight where mine curved with laziness. I made an effort to stand taller.

“Nice try, kid,” he said, forcing me to take a step back and look into his face. Worn, but beneath the white lines like cracks in ice, and the cruelly twisted mouth, he was attractive. Mousy hair, cut longer than the standard Earthan man would keep it but the top half pulled back into a gelled bun, grey eyes the colour of graphite and a strong face. But it

was the lips, twisted in a pained expression of disgust, that drew all attention and sent a shiver of fearful doubt through my body.
“You can’t be much older than me,” I retorted, forgetting my fear at the insult. “Just because I don’t have a scar for every year I’ve been alive, doesn’t mean I’m inexperienced.” My mouth continued to move and words to fall out, even as I tried to stop them. “What’s with the scars anyway? They make you look incompetent, not cool.” This is a step too far. My cheeks flushed, and I lowered my gaze to the man’s chest. But he didn’t strike me; he doesn’t seem remotely angry, in fact.

He laughed. It’s musical but rough, and I envisioned it as a crudely torn sheet of music. “Name?” he asked and it took me a moment to realise he was addressing me.

I paused. “Julian,” I said after a while, crossing my arms in an effort to seem defiant, but he was no longer looking at me. Instead, he scanned the rest of us, his eyes fleeting over us, landing on no one for more than a second.

“Him and the blonde one,” he decided, and it was only then that I realised, hidden in the shadows, there was a group of men ready to do his bidding. “The rest of them can go to the factories.” The shadows stalked forward, heading, I noted with horror, for Roman. Half hidden behind the redhead, his spine was curved in an effort to hide from the enclosing shadows, but the glistening hair of gold could be recognised anywhere. They moved closer, trapping him, hunting him.

And then the red-headed girl punched one. Hard. He reeled back, holding a hand to his nose as the sickening crunch of broken cartilage bounced of the dark walls and slapped me around the face. No one moved.

Laughter from the scar-faced man. “Bring her too,” he ordered and both Roman and the girl were seized by the arms, without time for fighting, but the wounded shadow man was nowhere to be seen and I wondered if he had left bleeding. No, not wondered - hoped. “Brilliant,” Scar-face muttered to himself as he turned away and lead us down the hall. “Absolutely brilliant.”

“Where are we going?” The girl asked, shouting from the arms of a shadow, squirming in his grip.

“You, my darling, are going to join the International Defence Organisation. Though I can’t say I’d trust you with a gun just yet,” he drawled.

“A gun?!” she cried, and I could hear her attempt to dig her heels into the ground. She failed.

​“Aye, but not until you relax and stop attacking my man. Why can’t you be more like this kid?” he asks, gesturing over his shoulder to me. And I realised . . . I was following of my own will. No one was forcing me down this corridor. Part of me wanted to come.