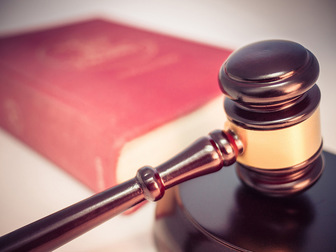 ​“You said, “I want to show people that one night of drinking can ruin a life”. A life, one life, yours; you forgot about mine.” – The Stanford victim.

On Friday 2 September 2016, Brock Allen Turner was released from the Santa Clara County jail after serving only half of his supposedly “unjust” 6-month sentence. This case sparked mass outrage from the public and the media due to one apparently incontrovertible fact: special treatment had been given to a white, privileged student.

Some may be familiar with this argument, as race and crime are two predominant topics of discussion in the media, and seemingly correlate in some way to length of sentence, and treatment of criminals. On the night of the 18 January 2015, Brock Turner’s victim attended one of her sister’s college parties. She didn’t have the intention of meeting someone, getting extremely drunk or even ‘partying’ at all for that matter. She had planned for a night in, but was persuaded to spend it with her sister as it was their last night together. She did not plan to wake up in a hospital bed the following morning being poked and prodded, to find out that her body had been sexually assaulted by a complete stranger – alarmingly, without her even being aware. She even admitted at the time that “[she] was afraid”. What she had been told at the hospital was then confirmed in an article that she read at work. An article. An article in a newspaper that anyone had access to. She was informed of her assault along with everyone else. It read that she was found unconscious, while Turner was still present, by two Swedish graduate students, Carl-Fredrik Arndt and Peter Jonsson - also traumatised by the events they witnessed and eventually intervened in.

Turner was literally ‘caught in the act’, and so understandably the victim thought the case wouldn’t even trial. There was too much against him - so she thought. Instead, Turner decided he would go to the extent of hiring a powerful attorney, expert witnesses and private investigators to prove it was a “misunderstanding”. A large aspect of the way ‘The people vs. Turner’ turned out begs the question that if he couldn’t have afforded these luxuries, would he have been given the same short sentence? Or would he still be behind bars? Brock faced a maximum of fourteen years in prison which his father was then quoted to have said was a “steep price…for twenty minutes of action”. Take that however you wish. More fuel was added to the fire against Turner when Judge Aaron Persky (who also happened to have been a student athlete at Stanford much like Brock Turner was) sentenced him to spend just 3 months of a 6-month sentence in county jail. The judge explained his decision, claiming that a longer sentence would have had a “severe impact” on the defendant. But what about the severe impact left on the victim?

In June 2013, a similar assault occurred at the Vanderbilt University. This time the attacker, Corey Batey, was of African-American heritage. Batey was found guilty of three felonies – the same amount Brock Turner was. Batey was handed a mandatory minimum sentence of fifteen to twenty years in prison. Turner only served 3 months of his 6 month sentencing in his county jail. They both committed the same crime. They are both students of the same age. The only difference appears to be their ethnicity. How can this be fair?

I am not suggesting that Corey Batey should have been given a shorter sentence. They both committed crimes which will have a massive impact on their victims’ lives forever. But how can it be that in this modern day, where men and women are supposedly equal, where relationships are supposedly consensual, and where everyone is supposedly treated ‘fairly’, that there are still so many cases like this swept under the rug? Statistics show that black men are given prison sentences 20% longer than white men for the exact same crimes. So what does this tell us? Seemingly, race and class are two factors that still rule society – even in 2016.

Obviously, these events took place in America, but by writing this article on the Turner case, I wanted to raise awareness for both subjects: racism, and rape. Personally, I believe that more should be done to educate our generation on racial prejudice, and consensual relations. There should be more discussion around sexual harassment, as victims are more often than not the ones that are interrogated with questions like: What were you wearing? Did you happen to be leading your attacker on? How much had you had to drink? – The list goes on.

As a society, we should stop teaching girls to dress more modestly or act differently in fear of this kind of violence – and instead, we should be teaching boys not to think it’s okay because ‘she was asking for it’. This is not to say that men are always the ones at fault; there have, in fact, been a number of sexual harassment cases led by a female attacker – but in the Brock Turner case, it just happened to be so.

Consent is a key issue in events like these: everyone of every gender, sex and race should be made aware that “yes” means yes, and “no” means no. If the victim is unconscious, that is quite clearly a “no”.

“Sometimes I think, if I hadn't gone, then this never would've happened. But then I realized, it would have happened, just to somebody else.” – The Stanford victim.
-Bella Cue 10T