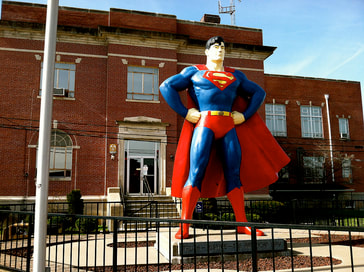 What comes to mind when you hear the word ‘hero’? Usually, the reply would be, ‘a person who helps others’, or ‘someone who fights villains’. And that seems to be the case with most heroes. You wouldn’t see Superman going around and robbing banks, or Spider-Man vandalising someone’s car.

However, when it comes to ancient stories, ‘hero’ seems to take on an unfamiliar meaning. Storytellers sugarcoat these stories by changing them; for example, in the real story of Hercules, he is driven mad by the goddess Hera and kills his own family. You would have not, though, have gotten this impression by watching the Disney movie.

When it comes to one hero in particular, it seems no storyteller is willing to take him on. This is probably because this character seems so vile and horrible - one wonders whether he should be called a hero at all. This is the Epic of Gilgamesh.

The Epic of Gilgamesh is a story from ancient Mesopotamia, which is now the areas around Iran, Syria and Turkey. It originated around the city of Babylon, which is now a ruin in Iraq. Interestingly, the story contains names from all of the major languages around that area, which suggests it was told verbally. The first documents of the story were written around 2000 BCE, meaning it is possibly the oldest form of written literature in the world. The story was written on stone tablets, which are now damaged, so there are many different interpretations of the story.

Now for the actual story. Who is Gilgamesh? This story claims he is a demigod: the fifth King of Uruk (now Iraq), he is the embodiment of human virtues. There is evidence to show that there was a real king called Gilgamesh, so this story may have been an idolisation of an actual person. Gilgamesh built walls around his city to protect it from outside forces. However, despite being god-like in mind, he started off as a terrible king. He oppresses his people and lives in complete luxury. He sleeps with any woman who takes his fancy, and forces his men to do manual labour. This oppression is so bad that, one day, the people of Uruk cry to the gods for help. The gods decide that Gilgamesh needs to be punished in some way, and so they create a ‘Wild-Man’ that will match Gilgamesh’s god-like strength. They call him Enkidu, and they sculpted him out of clay before bringing him to life. So, Enkidu is wreaking havoc in Uruk, eating people’s cattle and starving them. But then a local trapper finds him and consults the sun god, Shamash. Shamash sends a woman from a temple to charm Enkidu and teach him to be civilised. Enkidu and the enchantress go to Uruk, hand in hand and decide to get married. But Enkidu hears about Gilgamesh’s reign, and challenges Gilgamesh to hand to hand combat. This goes on for hours until sunset, when Gilgamesh gets the upper hand and Enkidu is forced to surrender. Despite this, Gilgamesh decides to become Enkidu’s friend.


Years have passed, and Enkidu tells Gilgamesh that he is getting very bored. So Gilgamesh proposes to go on a quest to the forest to defeat the half-demon, half-ogre, Humbaba. Armed with enchanted weapons from Gilgamesh’s goddess mother, the pair depart on their journey. It takes many days to get there and Gilgamesh has strange dreams of fire-breathing birds, falling mountains and wild bulls. Enkidu warns Gilgamesh about the forest gates, and tells him that he is afraid. But they venture forth into the forest. Eventually, they discover Humbaba, a creature who seems indestructible - immune to seemingly all weapons at the duo’s disposal. But they receive help from Shamash, the same god who sent the enchantress, who binds Humbaba, allowing Gilgamesh to decapitate him.

Afterwards, they cut down multiple trees and build a boat to sail home with. Upon arrival back in Uruk, Gilgamesh encounters Ishtar, the goddess of love and beauty, who asks Gilgamesh to marry her. He politely refuses, as Ishtar is infamous for mistreating her previous lovers, but Ishtar is enraged. In retaliation she asks her father, Anu, to send down the illusive ‘Bull of Heaven’. Anu does so, and the bull causes widespread devastation. But Gilgamesh and Enkidu kill it easily. Enkidu decides to slap Ishtar with a piece of meat from the dead bull, enraging her. Ishtar makes Enkidu extremely sick and dies a few days later. Gilgamesh is devastated, and calls for all citizens of Uruk to mourn his passing.

Gilgamesh, distraught with grief, desperately tries to find a man called Utnapishtim. Utnapishtim was granted immortality by the gods as payment for a good deed he did once. Gilgamesh is trying to finds him so he can learn the secret of immortality.

Along the way, Gilgamesh sleeps near a pride of lions and prays to the moon god, Sin, for protection. Upon waking up from yet another encouraging dream, he kills every lion, and wears lion skin. He then finds a tunnel which no man has ever entered, as it is guarded by two giant scorpions, who seem to be married. The male scorpion tries to dissuade him from going further, but the wife allows him. It takes a very long journey but eventually he runs into Siduri, the goddess of beer and wisdom, who at first mistakes him for a bandit. Once Gilgamesh has explained his quest, she tells him to go to the ferryman who will take him to Utnapishtim, who lives on the other side of a river which kills any living creature that comes in contact with it.

The ferryman rows Gilgamesh to the home of Utnapishtim, but upon arrival, Utnapishtim challenges Gilgamesh, saying he will grant him immortality if he can stay awake for six days and seven nights. Gilgamesh accepts the task and leaves the house, but instantly falls asleep on a nearby rock. However, Utnapishtim offers him a second chance. This time he must find a special plant that grows underwater which will grant him immortality.

After searching for ten years, Gilgamesh finally finds the plant, and collects it by tying lead to his feet. Upon turning to Uruk, he tests it on an old man and discovers that it works. Before using it on himself, he decides to have a bath. But, while he’s soaking, a snake comes up to the plant, eats it and slithers away. (This is why snakes shed their skin.) Upon leaving his bath, Gilgamesh discovers that the plant is gone and he was defeated.

So why is Gilgamesh a hero? He oppresses his people and he ultimately doesn’t reach his goal of immortality. Some people think that the acceptance of his mortality at the end is what makes him a hero, as he comes to terms with the fact that he will die. Others think his arrogance got the better of him. Either way, the ancient Mesopotamians may not know how to write a good hero, but they do know how to write a good story.

Create your own unique website with customizable templates.
Photo used under Creative Commons from dustinbattfilm
UA-121891675-1