Moving to the moon: could we create a new humankind? 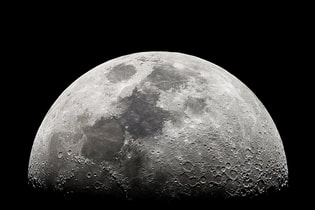 Humans have dreamt for hundreds of years about leaving our home planet and combing the universe for another planet to colonise. A manned mission to travel and land on another planet was limited to the subject of science fiction books and films only up until the year 1969, when, almost 50 years ago, Apollo 11 was the first spaceflight to land human beings on a foreign astronomical body. It is thought that those of us alive today have been born too early to be part of the first space colonisation, but were we? The truth is, we already have the fundamental components to start a colony on the Earth’s Moon.

Currently, NASA and the United States government estimates that the cost of starting a new utopian society on our only natural satellite, the Moon, would be between 20 and 40 billion US dollars. The cost of the investment isn’t large when placed in perspective (it would make up about 1% of the US government’s yearly federal budget) and the outcome would be huge. The Moon is an accumulation of vast resources, and it would be the starting point of us colonising more places in our solar system and beyond - so why hasn’t it happened yet? Possibly because It is fairly tricky to convince people to invest their money into the future of mankind. But, hypothetically, what would happen if the human race actually started a colony on the Moon?

Since the beginning of human exploration, colonisation has materialised in three different stages. For example, when Europeans started to explore the world beyond their continent, they stated their claims by installing a flag or some kind of visual mark of their country on the land they had discovered - but they didn’t stay and create a settlement. This is known as the first stage of colonisation. The second is composed of small groups of people sent from the home country to set up outposts and small-scale settlements which are reliant on exports from the country they came from. A lot of colonies in the second stage fail to survive because they don’t have sufficient resources imported to them during periods of harsh climatic conditions. The third and final stage is when the remaining successful colonies establish a long-term settlement, which others can emigrate to, creating jobs and money for the citizens and returning finance back to their home countries. If we were to colonise the Moon, we would use and apply these three stages.

The Moon isn’t designed for human habitation: it has long days (each equivalent to 29 days on Earth), and the lack of an atmosphere leaves any life unprotected from cosmic radiation and meteorites. The difference in temperature between light and shaded divisions amounts to about 300 degrees Celsius, and there is thick dust on the lunar surface. The inhospitable environment would make it very difficult - but humans are very adept at surpassing difficult situations.

The first stage of the lunar colonisation started with the manned missions to the Moon half a century ago. Today, satellites and advanced rovers have mapped and reported back to us the architecture of the Moon. The information collected from the first stage of colonisation has given us the necessary intelligence to start the second phase, which could, in theory, begin today by sending engineers to build the very first man-made structures on the Moon.

The cost of sending rockets into space is high, and requires a large amount of rocket fuel. The materials for the settlement imported from Earth would have to be light and compact to maximise efficiency and reduce costs. The people who live in the bases would have to be scientists and engineers who could continually study the composition of the Moon; they could experiment with its materials to design useful tools that could be mandatory to the needs of a living creature. For example, they could convert the natural lunar ice on the Moon into suitable drinking water, which could also be used to experiment with vegetation for food and reduce the reliability on earth imports.
It is much cheaper to export things from the Moon than it is to import them due to the lower gravitational pull. The propulsion needed to put something into space from the Moon is much less than on Earth, which increases the amount of cargo one rocket can take and reduces the amount of rocket fuel needed.

Though the astronauts who colonise the moon would mostly rely on their own resources, the settlement would have to be abandoned if the original source of money stops funding the expedition. For the small colony on the Moon to enter the final phase of colonisation, it must not rely on any imports and should be supporting itself entirely with the local available materials. In this phase, big companies and businesses would move to the Moon to benefit from its exotic goods - such as the rare metals found in impact craters. Helium-3 is an isotope which can act as a component to powerful nuclear reactors, and could be exported back to Earth for a lot of money. This could be one primary source of income for the people of the Moon. At this point, the colony, being economically self-sufficient, would have completed the final phase of colonisation.

The time period between the first and the final stage cannot be measured until the second stage is fully completed. Over time, the population of the colony will increase, and the Moon will not be a place for only scientists and advanced minds, but also a place for families to grow. While the population increases, the technological advancement needed to sustain it will increase too. The Moon may be the future of humans.

Will the first human born on the Moon take the ethnicity of their parents, or will they want to identify as part of a new lunar civilisation? Will they declare independence from the Earth? It is hard to say. If we ever wanted to colonise our whole solar system, we would need a place to start. So why not the Moon?

Create your own unique website with customizable templates.
Photo used under Creative Commons from emiliokuffer
UA-121891675-1