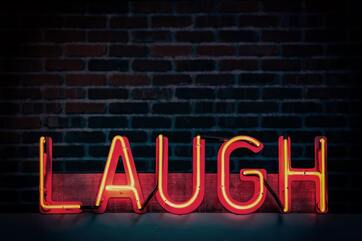 For many of us, April Fool's Day doesn’t seem like a big celebration. A lot of us consider it a time where inconsiderate or daft practical jokes can be made, but plenty of people find ways to be genuinely comical too and take this day as an opportunity to make others laugh. However you perceive this event, I guarantee that you will find the origins interesting, as well as the hilariously clever prank the BBC played on readers and viewers.

The event of April Fool's Day was created when France changed from the Julian calendar to the Gregorian calendar. The Julian calendar celebrates New Year's Day around 1 April whilst the Gregorian (what we ​consider the classic calendar) celebrates New Year on 1 January. Not everyone registered that the calendar was being changed so they still celebrated New Year’s Day on 1 April. The people who failed to recognise the alteration of the calendar’s dates were known as ‘April Fools’ and received lots of jokes from the people who had already made the calendrical switch. One of the jokes made was sticking a paper fish on the fools’ backs - this was said to symbolise someone who is gullible and stupid.

Other historians believe that April Fool's Day began because of festivals such as Hilaria (Latin for ‘joyful’) which was celebrated in Ancient Rome at the end of March. The followers were said to be supporting ‘The Cult of Cybele’. This was a myth where Cybele, the Goddess of Nature, later becoming the Mother of Gods and Mistress of all Life, was in love with a shepherd named Attis. Because Attis was unfaithful, Cybele was said to have driven him insane, later causing him to die due to a self-inflicted injury. This made Cybele dreadfully upset and she mourned his death for a long while after. Followers of this Spring cult marked this event with fasting and flagellation (public self-harm). This event involved disguises, dressing up and mocking citizens, even those of high class. It also links to an Egyptian legend ‘Isis, Osiris and Seth’ which involved Seth playing a deadly joke on his brother Osiris as he was jealous of him and his marriage with their sister, Isis.

Further theories include a link to the Spring Equinox where people thought Mother Nature was playing tricks on them. They thought this because of the Spring weather that had an irregular pattern and was always changing.

Throughout the 18th Century, April Fool's Day spread across Britain. The Scottish marked this event across two days. The first day was ‘hunting the gowk’; this was when people hunted for a cuckoo, a symbol of foolishness. The second was Tailie Day, which involved people pinning ‘kick me’ signs or false tails on people’s rears.

For a prank, in 1957, the BBC reported that Swiss spaghetti harvesters produced a massive amount of spaghetti that year. The report showed people collecting spaghetti from trees! Unbelievably, the BBC received lots of messages from viewers asking if and how they could grow spaghetti at home. They also had lots of letters complaining that the BBC should not have published a fictional report.

However you perceive April Fool's Day, hopefully you passed it with a smile this year. Obviously, it is probably wise that you don’t prank those who don’t like jokes, or even your friends - after all, you probably want to keep them!